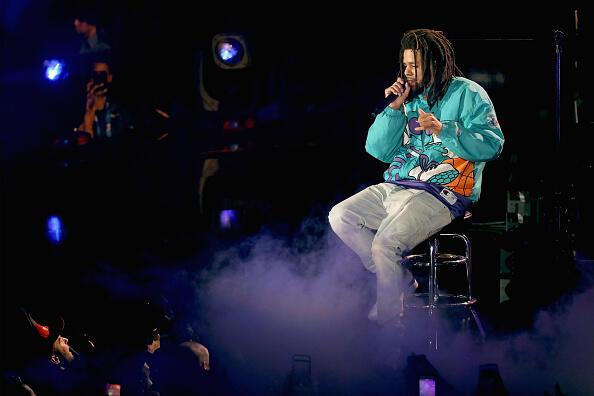 This year is off to a great start for J.Cole, as his hit single 'Middle Child' is the first song of 2019 to go multiplatinum!

Earlier today (April 12), the Recording Industry Association of America announced on Twitter that the rapper's hit single 'Middle Child' is the first song to go multiplatinum this year.

'Middle Child' which was released in January features J.Cole rapping over a T-Minus produced beat and is now certified double platinum with over 2 million copies sold. In addition to this latest achievement the rapper is focusing on building his Dreamville label into a powerhouse, including artist such as J.I.D and R&B singer Ari Lennox.

J.Cole is also working on some of his own solo ventures. While speaking with XXL Cole explained, "I'm trying to focus on them one at a time, but sometimes they spill over. I don't know if they all going to come out in 2019, but I'm working. I just plan on being more active. More features. More music. Whether it's an album or loosies. I plan on having a really good year."